skip to main | skip to sidebar

From Noir To Noire: A Call For Critics

Video games, we've come a long way. Remember those days when we spent hours together, just going through all those same sections of Princess Tomato: Adventures in Salad Kingdom because we lost that save level code that I wrote down in a game manual that, all these NES-less years later, still has not been found? Or how about when you first told me I had to switch discs, and I sat wondering if I should save, shut off the console, and then switch because I had ruined that old copy of Croc: Legend of the Gobbos when youthful curiosity told me I should open the PSX disc tray while playing? And do you remember that time when we went to the movies together, I was waiting for the NCAA tournament to finish in hopes that my bracket would hold up so that I could buy the popcorn for once? Wait. You don't remember that last one? That's probably because it hasn't happened, at least not yet. But soon, so very soon. 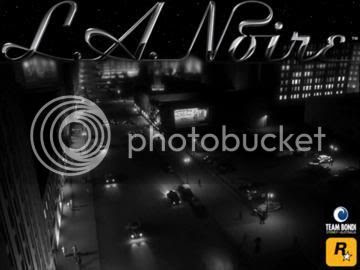 Gamasutra, Joystiq, and a myriad of other sources have recently posted articles about the upcoming screening of the upcoming Team Bondi developed/Rockstar published game L.A. Noire to be held at the 2011 Tribeca Film Festival on April 25th. Naturally this could easily be used to fuel the ongoing debate about the artistic merits of video games, but I'm not here to settle that debate. I repeat: THIS POST WILL NOT ARGUE FOR OR AGAINST GAMES AS ART. I am firmly, completely, on the side that games, as a form of culture, are an artistic medium, and from this position I plan on exploring what the inclusion of L.A. Noire in the Tribeca lineup may potentially mean for the future of video games, and some of the pitfalls that the medium needs to avoid as it continues to evolve as an artistic medium.

For years game developers, critics, and casual players have bared witness to new trends in interactive story telling. Ken Levine and Gabe Newell have surrounded players in story, excising cut scenes from their games and asking the player to 'live' in the moment. Other developers, personal idol Hideo Kojima for example, have taken the traditional cut scene formula and expanded them in to blocks of time that encompass the length of a traditional film. And somewhere in the middle we have cut scenes that seemingly never end, keeping the player detached from the main character while still maintaining an active part in the storytelling process. A game like Heavy Rain or various Point and Click adventures seem to fit this bill, as does, from what little has been revealed about the actual gameplay, L.A. Noire. And we seem to know less than that about how the game will be showcased at the Tribeca Film Festival. 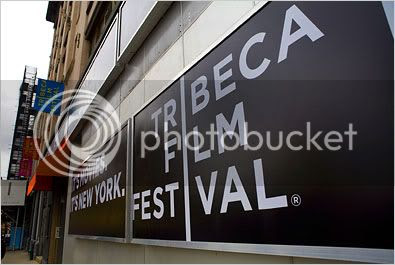 But we know it will be there.

What does this mean though? It means that a cavalcade of critics and the public will have a chance to see the game in action. It means more exposure, and likely more sales, for the newest Rockstar joint. It means that a completely new form of media has a chance to share the spotlight with some interesting upcoming filmmakers and other veteran crafters. And, just maybe, it means that video games are one step closer to being recognized, on a larger scale, as a type of text capable of being approached, discussed, and examined as works from some of the most well known artists in recorded history. Shakespeare, Faulkner, Twain, Welles, Hawkes, Kurosawa, and even contemporary artists like the Andersons, McCarthys, and Dylans of the world. That's quite a bit of pressure for a game that has not yet been released. However, the pressure is not what concerns me. No, I am concerned with the ongoing trend in games to attempt to legitimize their existence as art by identifying with film criticism. 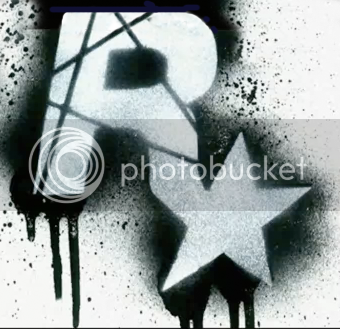 The comparisons to film in interactive storytelling are easy to find, both forms are visual mediums, both need to pay attention to the construction of frame and the use of score, both maintain a sense of control over the player/viewer. But by attempting to stand alongside film, video games seem less like an original entity and occasionally come off as a strange mutation that, by the very nature of the medium, resists the language to be discussed on a wider level. So while the exposure for L.A. Noire, and video games as a whole, is fantastic, the larger problem of being nearly absent of academic language is left unaddressed, and as a result I fear that this opportunity to help develop the construction of a specified language may be squandered in favor of another rush to try and coexist in a resistant medium, serving as a toddler attempting, repeatedly, to squeeze a star shaped block into a square hole in the hope that the board will eventually become so worn down that it just accepts.

Now I understand that film and literature have had at least one hundred years to develop their own critical languages. Despite being in the seventh console generation video games are still in their infancy, and video game criticism is still in a period of flux. I read magazines and websites, and the majority of criticism I come across is superficial. They are filled with reviews, not criticism. Critics talk about graphics, gameplay, and replayability, all important in evaluating the technical merits of a game, but when that is the entire focus of an article games lose that chance to advance the conversation. Criticism doesn't generate traffic, at least not as much as a review would, and the majority of people reading the reviews, no matter which cultural medium we are discussing, just want to know whether a product is worth buying, but this time I would say that taking a look at modern film criticism is not only warranted, but practically required. 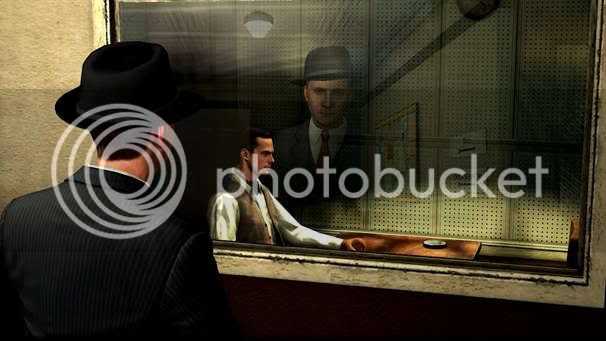 I have a confession. When Roger Ebert wrote about video games never being able to exist as art, the blog post that launched a thousand angry comments, I was a bit infuriated; however, regardless of Ebert's position on the medium, he is one of the key figures that video game criticism needs to look at if any journalist ever hopes to elevate the conversation beyond technical jargon and hollow final scores. In all of Ebert's criticism, both classic - using the term classic is probably the most applicable in binary talk, but pretty damn frightening when describing a critic who continues to operate at a prolific level - and contemporary, addresses all the technical elements in film. His reviews mention direction, cinematography, editing, performances, and he even arrives at an easily consumable star rating, but interspersed in his writing Ebert offers commentary about the social topics films discuss, the thematic material that occupies the screen, it extends the conversation while still remaining accessible and fulfilling for casual readers. Games have the technical language, the next step is blending that technical language with critical and theoretical talks. How do the controls correspond to the narrative? What does the art style mean in relation to the themes? These are the questions this new criticism can, and at times does, answer.

Another route, obviously, is for games to be recognized on a scholarly level. Studies have been conducted to measure the addictiveness of games, or if games cause violent tendencies in players, but these are all scientifically grounded projects. You don't tackle Shakespeare with science, you confront him with liberal arts. The trouble, it has been argued, with games is that difficulty settings require skills which deny some individuals the experience, and while this is true, I think we are overlooking a much larger problem: finances. The console war, while great for the companies involved, makes the cost to enter insanely high. If a professor assigns a student to play Metal Gear Solid 4 before the next class and this student does not own a PS3, completing the assignment is going to be near impossible. Consoles aren't going anywhere. Less games are remaining console exclusives, but the first party titles are always going to exist. But since game studies can be both scientific and artistic, college budgeting a certain part of money to buying a few consoles for student access is not a farfetched scenario. And trust me, a new game is usually cheaper than many of the used books that students will be fighting to buy when classes start up. An ideal solution? Hardly. But it's a start, and as the medium grows I'm sure access will flourish. 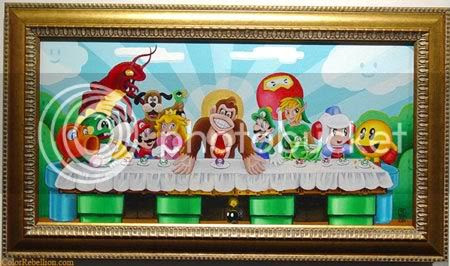 Right now L.A. Noire screening at Tribeca is huge, and who knows, in a few years when video games and video game criticism have outgrown all of those outfits we got at the shower this event may be remembered as the turning point. Or it may fade in to obscurity. I cannot predict the future, I can only hope, aspire, and work towards a world where games have this language, where they house these discussions, where they are no longer niche. Maybe it all starts with a visit to the movie theater, I just hope it doesn't end with that trip. I can only eat so much popcorn.

Thanks for taking the time to read. As a reader, your feedback is my writing's lifeblood, so let me know what you think down in the comments section below.

And if you can't get enough of me you can follow me on twitter at FLYmeatwad and check out Processed Grass, my blog on all things film, music, and non-videogame related culture, or my Poem A Day blog for all your poetry needs.
Posted by Rich Thorne at 2:38 PM